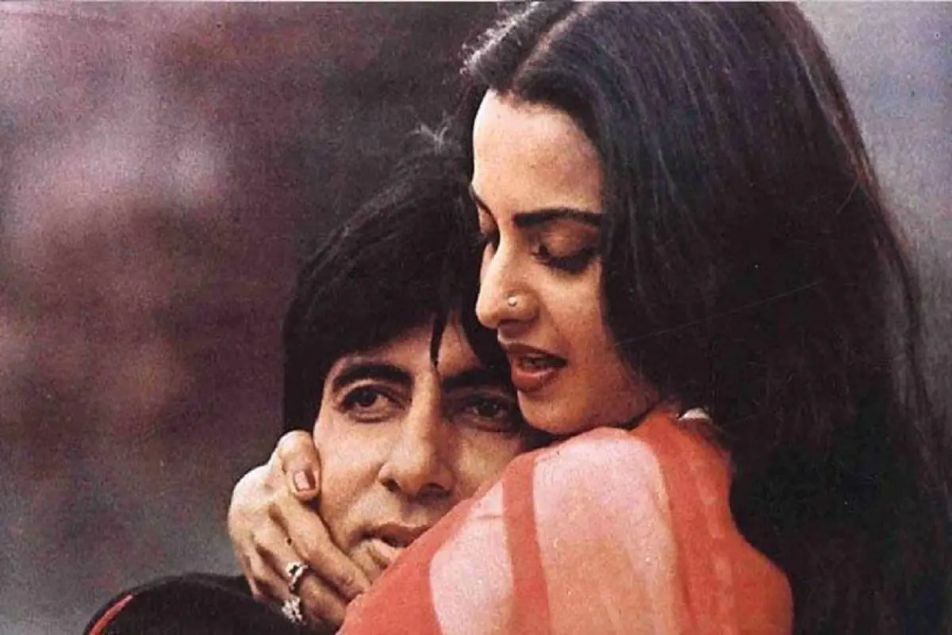 Amitabh Bachchan and his Love Life with these 3 actresses

Amitabh Bachchan and his Love Life with these 3 actresses

The pinnacle of excellence and the most reputable actor in Bollywood is Amitabh Bachchan. He has a fantastic career, the ideal loving family, and adorable grandchildren. He has everything he wants. Everyone admires him and believes that he has accomplished everything in life with such flawlessness. But not many people are aware of his love life past. prior to marriage, According to the media reports, Amitabh dated the actresses Rekha, Parveen Babi, and Zeenat Amaan.

The bravest, and most sensual actress of her era was Parveen Babi. She was undoubtedly a fierce competitor for the Bollywood actress.  She has collaborated with Amitabh in a number of movies, including Deewar, Majboor, Namak Halaal, Do Aur Do Paanch, and Kaala Pathar, which ultimately resulted at the beginning of their relationship.

Once Parveen Babi claimed that Mr. Bachchan allegedly tried to kill her, but it was later discovered that she was lying. experiencing schizophrenia. Her physician determined that she had paranoid Schizophrenia as a result of her family’s lack of support and her struggle to find true love. If she loved someone Maybe if she had someone with her who was thoughtful and sympathetic, it would have been feasible to treat Life and her disease would have been very different.

Amitabh remarked in her eulogy that she had been a was a wonderful lady, and because they belonged to the same social group, he frequently visited her home. He responded in response to the claim, “The nature of her condition was such that she was scared of people and prone to severe hallucinations and delusions of all kinds.”

Zeenat was another fearless and gifted actor who competed with Parveen Babi. Their connection was not much of a subject of rumors because of her relationships with Sanjay Khan and Mazhar Khan, whose brief marriages came to an end.

Amitabh Bachchan and his Love Life: The most talked-about relationship even today is the one between Amitabh Bachchan and Rekha. It all began on the film’s set, Do Ajnabee. Everything was quiet until people notice that he lost his temper with a co-star for acting inappropriately with Rekha.

They allegedly got married in secret when Rekha attended the wedding of Rishi Kapoor and Neetu Singh while dressed in a sindoor and mangalsutra. Following this encounter, Jaya Bachchan asked Rekha over for dinner and stated directly that she would not be leaving her husband under any circumstances. Amitabh’s rejection infuriated Rekha to a great degree.

“Why should he not have done it? she reportedly questioned in an interview with Filmfare magazine. He did everything to safeguard his reputation, his family, and his kids. Why should the general public be aware of my or his love for me? There is only love between us—it is mutual. I would have been quite dissatisfied if he had treated me that way in private. Rekha bravely acknowledged their bond but Amitabh steadfastly refused.

The pair only made one more movie together, Silsila. Jaya Bachchan, Amitabh, and Rekha appeared in it. Life love triangle, as shown in Yash Chopra’s films. Yash Chopra then went on to create a highly They made the contentious claim that “I was continually on tenterhooks and afraid (during Silsila shoot) because actual life was going on the reel. Rekha is his girlfriend, while Jaya is his wife. and the same narrative keeps continuing (in real life). Because they were working together, anything could have happened”.

Now Amitabh Bachchan living a happy life with his wife and children. He achieved many miles in Bollywood and he never looked back.