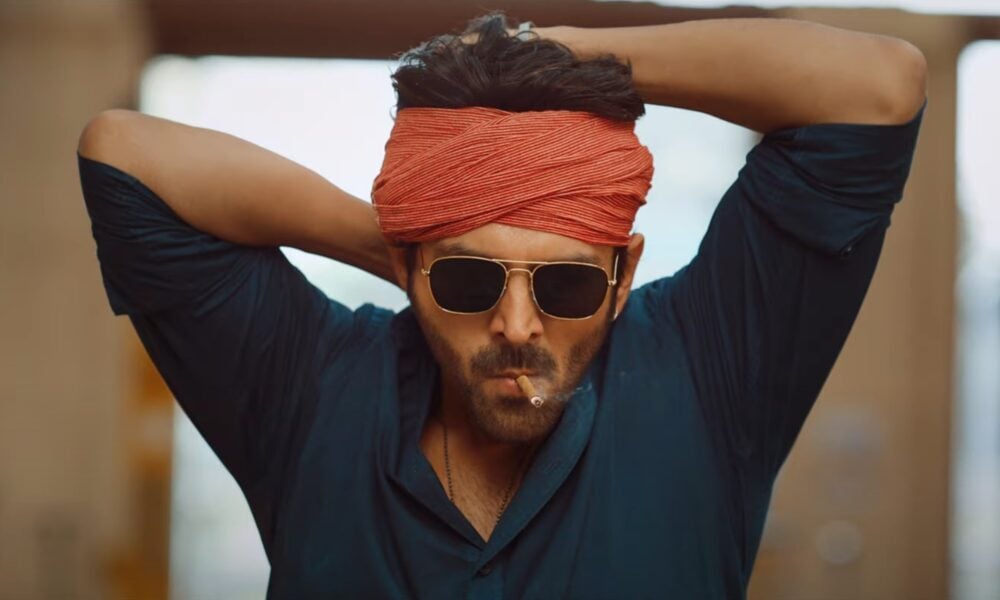 There is no doubt that Kartik Aaryan’s trailer of Shehzada has left everybody extremely excited and pumped for the film, especially his fans who are looking forward to see their superstar in a whole new action avatar along with him taking on a new genre of massy entertainment with Shehzada. While the fans are already quite impressedby the trailer, the producers are here to ensure that his performance in the film is just as promising as it looked in trailer.

A fan club shared a video clip from the trailer launch event of Shehzada, where the producer Allu Arvind, (who also produced the original film), was asked about what he thought of Kartik’s performance in the film to which he said, “When I Saw the first rushes I was skeptical inside like how best He (Kartik) Can pull this out. I WAS FLAT”.

OUR HERO “When I Saw the first rushes I was skeptical inside like how best He (Kartik) Can pull this out.”I WAS FLAT” – Allu Arvind sir on working with (#KartikAaryan ).❤️👑✨ pic.twitter.com/21ImhyNrOG

The actor who has kickstarted the promotions for Shehzada, is back to running around from one city to another and while he celebrated his first Lohri in Punjab yesterday during the promotions of Shehzada, he was seen enjoying a proper Dhaba meal and experience in the state. In the caption, the star wrote “When in Punjab…. #Shehzada Tour”

Besides Shehzada, Kartik also has ‘Satyaprem Ki Katha’ lined up for this year and will also be seen in the 3rd installment of Aashiqui. He also has Kabir Khan’s untitled next in his kitty.