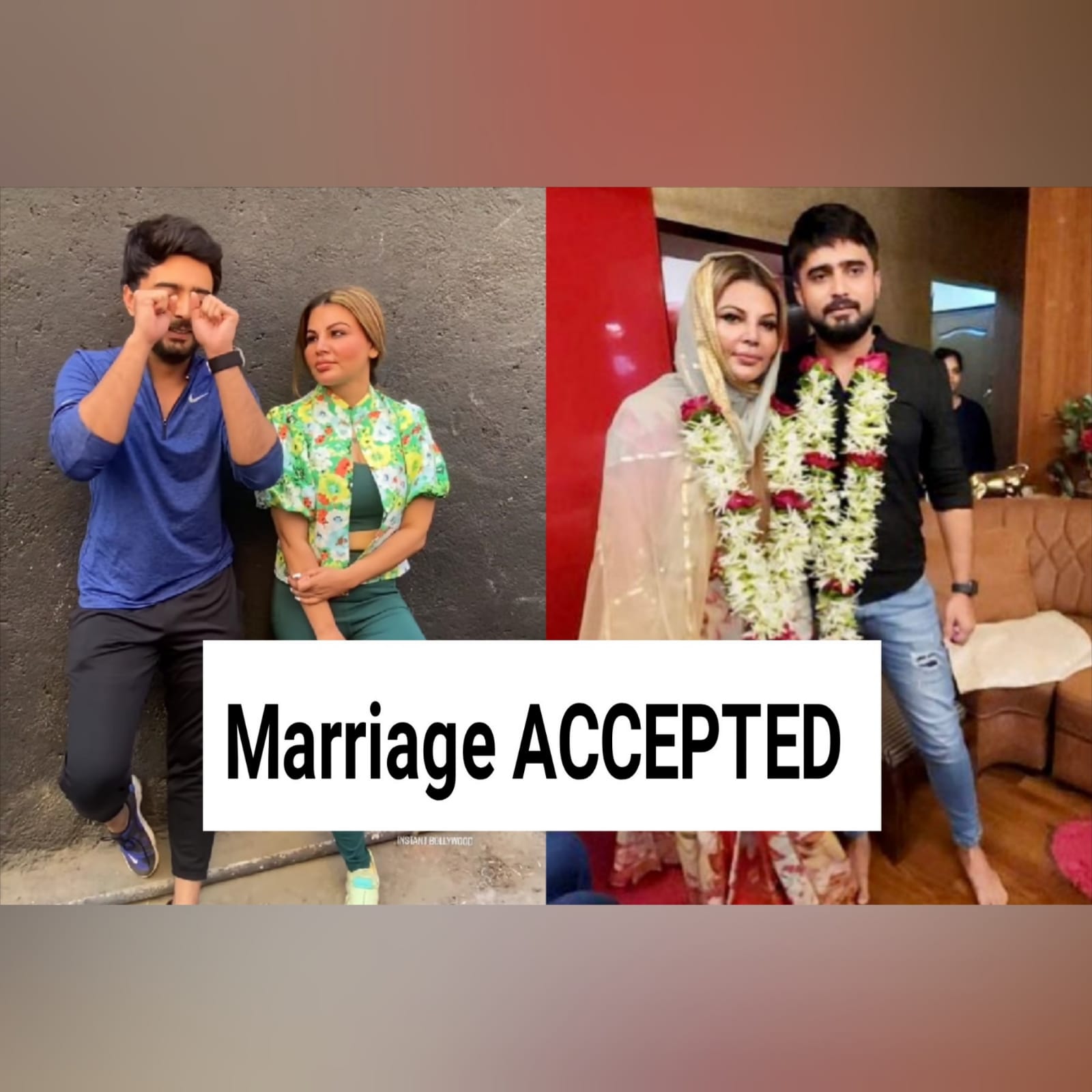 Reality TV star Rakhi Sawant was recently in the news after announcing her marriage with Adil Khan Durrani.

She was caught crying to the media – that Adil wasn’t accepting their marriage despite having officially registered it. But Adil Khan Durrani has finally publically confirmed marriage with Rakhi Sawant.

“So here’s an announcement finally ,I never said I am not married to you Rakhi
Just had to handle few things so had to be quiet. Happy married life to us Rakhi (pappudi) ❤️❤️”
– Adil wrote in his Insta caption.

Rakhi said – “I’m very happy today that Adil, my husband, has accepted us. I’m grateful to my fans and Bollywood and the media. Maybe if they hadn’t exerted pressure, I don’t know what would’ve happened but I’m happy they convinced him.“

Rakhi said any woman would cry if she had to face such an ordeal. “Forgive me” – Adil apologised, with folded hands at that.

“No, there won’t be forgiveness but love – there’s only love between a husband and wife” – Rakhi replied. “I love you Rakhi,” he said in response.

Talking about why Adil had kept the marriage a secret, he said – “There were some situations, I had to talk to a lot of people, including my parents.“

She also talked about her Mother’s cancer and how she was faring. “Mere bhai Salman ne mera ghar basa dia” – she concluded. Salman Khan told Adil to either accept the marriage or reject it but face the situation!

She acknowledged her name change to Fatima Durrani as well. For the unversed, Rakhi-Adil had secretly gotten married in July 2022. But they had kept a lid on the news since Adil believed it would be difficult to find a suitor for his sister if the controversy broke out.