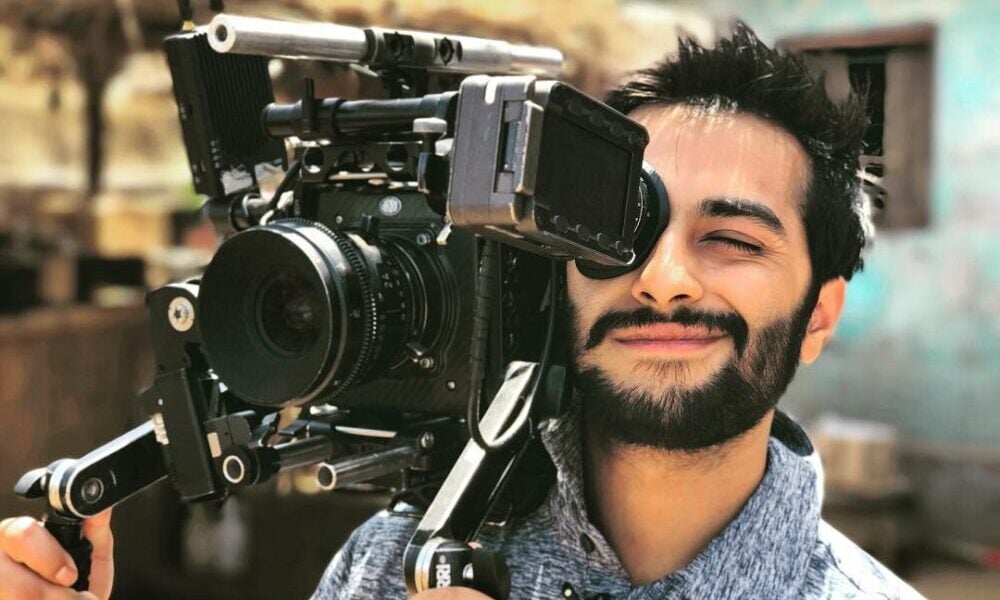 Aasmaan Bhardwaj is having a dream directorial debut with Kuttey that features a dream cast and has best names associating in all departments. If the trailer of the film was anything to go by, Kuttey promises to be a fun caper. In an exclusive conversation with CINE BLITZ, Aasmaan pours his heart out about bringing his imagination to reality, his responsibility as a filmmaker, and the advice that Vishal Bhardwaj gave him as a father and filmmaker.

What was the first idea, visual, or sensation that gave rise to Kuttey?

My major was screenwriting. Every year, I had to write a feature-length script. In the thesis, I had to write one and do a couple of drafts of it and get it polished and ready. I finished that in four months. So, my teacher said, “What will you do for the next four months? You come up with one more draft. You’ll have one more script before you go back.”

Then I started thinking. One day, suddenly I had a visual of a van, there’s something inside it and some 7-8 people are going after the van and are ready to kill each other for it. I called Papa (Vishal Bhardwaj) and asked him what he thought of it. I was bouncing all my ideas of him. I didn’t want to waste a subject. I want to write something which I might end up making someday.

Papa told me to come up with a story around it and flesh it out more. After a couple of days, he sent me a newspaper article about a van which had cash inside it and there was a dacoity. That triggered the whole process of what is going to be the plot of the story and everything worked out.

This was which year and which film school?

I studied at School of Visual Arts (SVA), New York. And the ideation began in December 2018. Actual writing started from January 2019.

Also read: Victor Mukherjee: “Lakadbaggha is my ode to believing in good”

Your parents are celebrated artists. Did you feel any pressure of that legacy while making your first film?

More than the legacy, the pressure on me was to prove myself as a filmmaker who can make a good film. I had written the script and people really liked the script. Dad and I collaborated when I came back. He wrote dialogue. Whoever is associated with the film has come on board because of the script.

So, the pressure on me was to do justice to what we had written together. I had written what I imagined and I had to deliver that. The pressure of legacy never came to my mind. My pressure and responsibility were towards making a good film. And that’s what I will continue to do in the future too.

What were the challenges that you faced and what made it all worth it?

The caper genre is inherently very tough to make. I realized that after reaching the set. I wrote whatever I imagined, baarish hogi, goliyaan chalengi, etc. But when it came to executing it, I realized what kind of challenge I have put myself against. Luckily, I got good technicians. Together, we found a way to execute my imagination into reality. I am grateful to my cast and crew for their support to get my vision to light. And what makes it all worth it for me is that I could see the film I had imagined. I am extremely happy about that.

That was going to be my next question. How was the feeling when you saw the first cut of the film?

I could not believe that I am seeing what I had imagined become a reality. That moment was unbelievable for me.

What pep-talk or advice did Vishal Ji give you as a father and filmmaker?

As a father he said, “Just believe in yourself. Don’t let anything affect you so much that you’re not able to enjoy the process.”

As a filmmaker, he gave me a tip which I will share every time someone asks me this question. He said, “Every time you’re doing an emotional scene, listen carefully to the actor’s voice. These great actors that you have can easily lie with their eyes. You won’t be able to catch it. Because you haven’t seen enough. But they won’t be able to lie with their voice. So, listen to their voices. It will always tell the truth.”

So, luckily, we are in the era where we can shoot in sync sound, I could focus on their voices. Dad also told me not to look at the actor through the monitor. “Be there and hear what they’re saying loudly. You’ll always be able to catch the lie,” he said.

What was your process as a director directing such a dream ensemble cast?

I did what I have seen Papa doing in his films. You work so much in the pre-production going beat-by-beat in every scene. But when you go to the set, you forget all of that and be just real in that moment. Whatever is feeling real there to you as well as to the actors, go for that. Whatever you have thought and prepped will be there subconsciously. But do what feels real at that moment.

A very technical process of mine is that I don’t tell the actors what I want them to do when we’re doing the first take i.e. the master shot. And none of them also asked me ever – Naseer Bhai, Koko ma’am, Tabu ma’am, Kumud Sir. But Arjun, Radhika, and Shardul did because we had also done workshops together. So, they’d ask me which way we should do it. I would tell them to do however they wanted to do it. If there’s something I’d tell them.

The reason why I have cast them is because of what kind of actors they are. They have to come and show me. You should never impose your performance on a performer. It’s unfair to the performer.