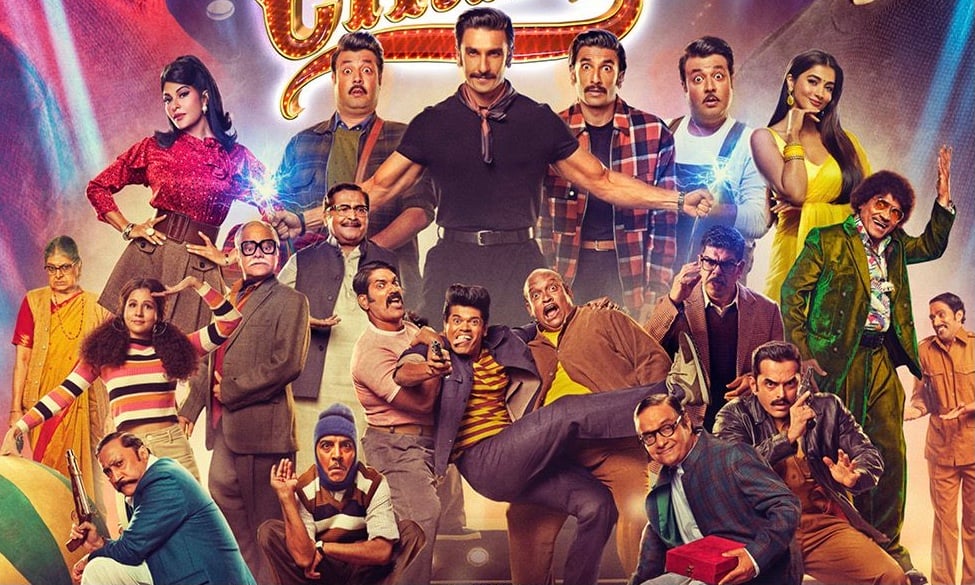 The vibrant post-pandemic year 2022 will surely be chronicled in cinematic history! As the year when (like the dreaded COVID-19) the cinema-theatre audiences (the Janata Janardhan) proved to be the biggest leveler! Some of the high and mighty. The over-confident, arrogant filmmakers and flamboyant, high-flying star actors had a ‘great fall’ (like Humpty Dumpty) and crashed at the hard-to-please box office. The graffiti writing on the wall was loud and clear—the higher you fly—the harder you may fall. Never take theatre audiences for granted! The showbiz industry had to be prepared for both unexpected shock-twists, both delightful (as in ‘’Drishyam-2’) or demoralizing (as in ‘Cirkus’)!

It is evident that the innovative, mass appeal of the Southside regional (dubbed) flavor dominated the Hindi film industry all through 2022. The dubbed versions of RRR, Ponniyin Selvan: I, Radhe Shyam, KGF: Chapter 2, and  Kantara almost eclipsed the original Hindi film content. Even the runaway mega-hit Drishyam-2 (headlined by Ajay Devgn) which has supposedly crossed Rs 225 crores, is a smart adaptation of the Southside hit Malayalam movie with the same title. Hindi movie Vikram Vedha, yet another Southside regional remake starring mega-star Hrithik Roshan (in dreaded gangster Vedha title role) was also on the adapted regional-versions bolly-bandwagon!

Also read: Deepak Balraj to introduce his son Bobby with his film ‘Shot in The Dark – Hey Raam’

Mytho-fantasy-religious-culture themes and effective use of advanced VFX also impacted the box office as was evident in the movie Brahamastra starring (the real-life ek-duuje-ke liye-filmy-couple) Ranbir Kapoor and Alia Bhatt.  Veteran film critic Ajay Brahmatmaj says the immersive use of VFX in southern films makes the storytelling impactful. So, among the biggest box-officer earners of 2022 was Brahmastra whose ‘Indian mythology merges with Marvel Comics’ theme raked in the collections despite several flaws in the writing. The volatile historical realistic Kashmir Files directed by acclaimed Vivek Agnihotri and featuring Anupam Kher was the second-biggest grosser of the year.

The wacko-weird humor in the super-natural-horror of mega-hit Bhool Bhulaiyaa 2 directed by the seasoned ‘showman’ Anees Bazmee worked very well with an audience willing to be terrified and yet laugh their guts out. . In ‘period’ movie Gangubai Kathiawadi, gutsy showman director Sanjay Leela Bhansali ventured to cast the petite Alia Bhatt in the title role of the spunky, feisty female (local area) mafia-don. That Alia came off with flying colors was not surprising, because in the past the Bhatt babe had done a ‘Raazi’ (2018), where she had convincingly played a (war-intelligence) pretty-tough dare-devil spy. While director Aanand Rai dared to make a volatile social-thriller Raksha Bandhan with Akshay Kumar, film-maker Sooraj Barjatya boldly deviated from his tried-and-tested Rajshri brand of musical feel-good family entertainers to make ‘Uunchai’. With an ensemble cast headlined by acting maestro Amitabh Bachchan.

Then there was maverick director Vikas Bahl (of ‘Queen’ movie fame) who also defied the filmy feel-good norms to make a thought-provoking dark-humor movie ‘Goodbye’. Which had, what is considered a ‘fun-in-a-funeral’ sensitive theme, starring yet again the ever-bankable Amitabh Bachchan and Neena Gupta. They were backed by the charismatic South sensation Rashmika Mandanna (her Hindi debut) in a brutally frank character and Elli AvrRam in a convincing startling award-worthy performance as the realistic error-prone ‘firangi-bahu.

The biggest box-office shock disappointments of 2022 were evident in Laal Singh Chaddha. (Aamir Khan), Shamshera (Ranbir Kapoor), Jayeshbhai Jordaar (Ranveer Singh), and of course Cirkus once again Ranveer Singh this time ironically in a ‘double role’. The film ‘Cirkus’ (directed by otherwise action-comedy-thriller-showman hit-machine Rohit Shetty) with all the ‘electrifying” content, emerged as a ‘short-circuit’ box-office disaster, despite a sultry massy item-song by Deepika Padukone. However, in Cirkus the ‘shock-proof’ hilarious relief was provided by Sanjay Mishra in his dialogues classic take-off on legendary ‘late’ versatile actor Jeevan.

Also read: Anushka Kaushik reveals a junior artist thought she got Patna Shukla due to nepotism

Timeless Celebrity Mega-Event of the year: The much-hyped yet private marriage and nuptials of Alia Bhatt and Ranbir Kapoor (“Ralia”) on April 14, 2022, after a steady courtship of five years. Followed many months later by the delivery of their bonny baby girl (named Raha—which means divine path) on November 6, 2022. Not surprisingly, legendary maverick filmmaker ‘grandpa’ Mahesh Bhatt was overwhelmed with “gratitude” for the grandest good news, as it was his “first grandchild”!